What Should I Know About Buying Funeral Services?

Home » Blog » What Should I Know About Buying Funeral Services? 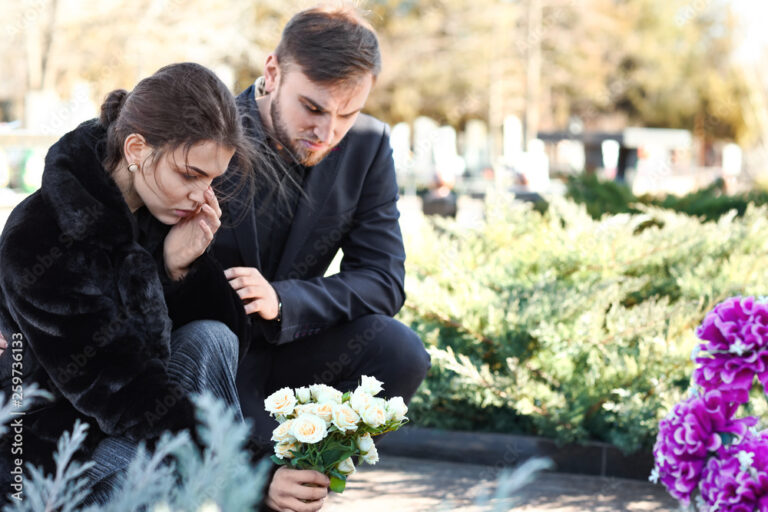 July 9, 2022 • Estate Planning •  The Estate & Elder Law Center of Southside Virginia, PLLC
People shopping for funeral or cremation services may be particularly vulnerable to overpaying or being swindled, which is why experts say it is important to be cautious when making those decisions.

People usually don’t buy funeral services frequently, so they’re unfamiliar with the process. Add to this the fact that they’re typically bereaved and stressed, which can affect decision-making, explains Joshua Slocum, executive director of the Funeral Consumers Alliance, an advocacy group. In addition, people tend to associate their love for the dead person with the amount of money they spend on the funeral, says The Seattle Times’ recent article entitled “When shopping for funeral services, be wary.”

The digital age has also made it easier to contact grieving customers. Federal authorities recently charged the operator of two online cremation brokerages of fraud. The operator misled clients and even withheld remains to force bereaved families to pay inflated prices.

These companies pretend to be local funeral homes offering low-cost cremation services. Their websites use search engines that make it look like consumers are dealing with a nearby business. However, they really act as middlemen, offering services and setting prices with customers, then arranging with unaffiliated funeral homes to perform cremations.

The lawsuit complaint says these companies offered lower prices for cremation services than they ultimately required customers to pay and arranged services at locations that were farther than advertised, forcing customers to travel long distances for viewings and to obtain remains.

“In some instances when consumers contest defendants’ charges,” the complaint said, the companies “threaten not to return or actually refuse to return” remains until customers pay up.

Mr. Slocum of the Funeral Consumers Alliance recommends contacting several providers — in advance, if possible, so you can look at the options without pressure. And ask for the location of the cremation center and request a visit. Also note that cremation sites in the U.S. are frequently not located in the same place as the funeral home and may not be designed for consumer tours.

Note that the FTC’s Funeral Rule predates the internet and doesn’t require online price disclosure. Likewise, most states don’t require this either.

Last year during the pandemic, the government issued a warning about fraud related to the funeral benefits. They said FEMA had reports of people receiving calls from strangers offering to help them “register” for benefits.

Reference: Seattle Times (May 15, 2022) “When shopping for funeral services, be wary”

Listen to our Podcast "Aging Intelligently"Listen Now
Client Success Stories
Impressed with legal expertise, compassion and with the willingness to provide all possible assistance.
- Posted by Dan R., on February 11, 2020
They care about you and your estate. They are knowledgeable and wise as well.
- Posted by Josh B.., on December 3, 2019
Everything was really good. Took extra time to answer lots of questions.
- Posted by Amy D., on October 24, 2019
Great people! They care passionately about there clients and there well being. I would recommend to anyone.
- Posted by Paul A.., on August 21, 2019
Robert and his team are very professional and straight forward. Highly recommend.
- Posted by Kirk B., on August 6, 2019
Have Always Provided All Services and needs in a Professional and Timely manner. APlus Grade.
- Posted by David H., on July 22, 2019
Google Reviews

The Estate & Elder Law Center of Southside Virginia, PLLC
44 Google reviews
Angela Naff
We had amazing customer service with their law firm. They understood our needs and took time for our special requests. Very customer service orientated and excellent communication! Highly recommend for your estate planning. Very happy they are local and conveniently located in Bassett. We appreciate their services!
betty turner
Amanda Beasley
After dealing with a loved one’s death where there was no will and multiple legal issues, I realized that I needed to put my own affairs in order. A friend recommended the services of the Elder Law Center. I had no idea where to start, or what was involved in making a will or appointing a power of attorney. Additionally, I have a disabled loved one that required special consideration. Mr. Haley and his team were wonderful. They answered all of my questions thoughtfully, and explained the process and documents thoroughly. It was my intention to put things in order so that when the time comes, my loved ones will not have the burden of legal and financial uncertainty, and the Elder Law Center helped make that a reality.
Teresa Hemmings
Knowledgeable, caring staff.
Lonnie Horton
I cannot say enough about this firm! During a very difficult time with my parents, this group stepped up and exceeded my expectations with their responsiveness, knowledge and empathy. I highly recommend this firm!!! Each and every person I worked with was outstanding!!
John Harris
Everything was explained thoroughly, all questions were answered in plain, understandable language, and Mr. Rorrer was engaging and personable. If you, need elder and estate planning, and everyone does, I highly recommend the Hailey firm.
Mike Wood
GREAT JOB!! They were recommended to me by a friend and I will do the same when the opportunity presents itself.
Linda Green
Very professional and courteous. They listened to our needs and were able to answer all of our questions. Great attorney's office. Highly recommend.
Fannie Amos
Friendly people and fast service
Read More Testimonials
Read More Google  Reviews
Leave a Google Review