Attorney Haley Named To The Super Lawyer List for 2013! 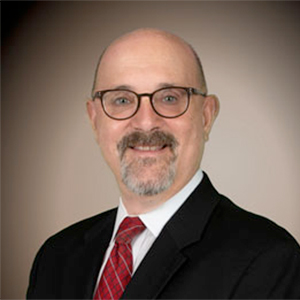 Our firm has news: Attorney Haley was named to the Super Lawyer List for 2013! Robert W. Haley of Bassett, Virginia is once again among the Virginia Super Lawyers selected in the practice areas of Elder Law and Estate Planning as announced by Super Lawyers Magazine in its statewide list of "Super Lawyers." The Super Lawyer list consists of the top five percent of attorneys in each state, as chosen by their peers and through independent research of the magazine.

The objective of the Super Lawyer selection process is to create a credible, comprehensive and diverse listing of outstanding attorneys that can be used as a resource to assist attorneys and sophisticated consumers in the search for legal counsel. The selection process begins with a survey in which attorneys are asked to nominate the best lawyers they have personally observed in action. Additional names are added to the candidate pool through searches of legal databases, online sources, and in-person meetings. The background and experience of each candidate is then researched for evidence of peer recognition and professional achievement. After grouping the candidates by their primary areas of practice, those with the highest point totals in each category are selected as Super Lawyers.

Haley has been practicing in the field of elder law for over fifteen years.  He is an active member of the National Academy of Elder Law Attorney, serves on the Board of Directors of the Virginia Academy of Elder Law Attorneys and is on the Elder Law Council of the Virginia Bar Association.  He has recently opened his second office in the First Citizens Bank Buliding at 503 Main Street in Danville, Virginia.

Listen to our Podcast "Aging Intelligently"Listen Now
Client Success Stories
The Estate & Elder Law Center of Southside Virginia, PLLC was a pleasure to work with and extremely informative and helpful. My husband and I received great service and great advice from them. I highly recommend them for all of your estate planning needs for your future to put your worries at rest for planning for your golden years or even a simple will. A special thank you to Robert Haley and Cheyenne Dodson for your help.
- Posted by Gail M., on December 7, 2022
A very practical, down-to-earth man. Makes consulting a lawyer easier than most.
- Posted by Nancy A., on December 6, 2022
Mr. Haley is responsive, competent, ethical, experienced and efficient. A rare combination in today's world. I would heartily refer him to my friends and family.
- Posted by Jemis B., on December 2, 2022
Mr. Haley and his staff were wonderful all the way around.
- Posted by Chianti A., on November 18, 2022
They listen to your family's needs and use their expertise to help you achieve your intended outcome... which can be tricky when it comes to estate planning.
- Posted by Joy W., on November 10, 2022
Very Thorough and complete.
- Posted by John A., on November 10, 2022
Google Reviews